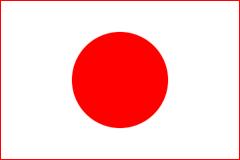 Bringing you live, 24/7 coverage from the mind of a less-than-humble foreigner in Japan. Our top discussion this week: how best to respect the dead. As all Japanese citizens celebrated the holiday of Obon this week by spending time with family, honoring their ancestors with visits to their graves, and enjoying their lives together, so did Prime Minister Junichiro Koizumi honor the fallen during World War II at the Yasukuni war shrine.

Although Japan made a formal constitution and commitment to cease being a military power shortly after their surrender, there still remained the controversial issue of how to respect the fallen soldiers. Certainly when we honor those brave men and women who gave their lives for their country in the United States on Veterans’ Day, we do not intend for it to be a slap in the face to a former enemy, to disrespect the loss of life that occurred across the entire world.

And yet that seems to be the case in Japan. PM Koizumi made national headlines this week for visiting the war memorial on the historic anniversary of the Japanese surrender. And while some might see this as a dutiful and necessary respect for the past, Korea, China, and many Japanese citizens have taken an issue with these visits. Koizumi is well-known for his frequent visits to Yasukuni over the years.

Many consider his visits as a sign that Japan has not fully atoned for the mistakes of its past, while others side with Koizumi, and believe honoring those who lost their lives, who gave up everything they had for their country, deserve some recognition on August 15th of all days. Although these actions, taken by themselves, might be harmless, Koizumi has been a very radical PM given Japan’s history. His decision to send the self-defense force to Iraq sparked immediate controversy about whether Japan was slowly edging its feet towards the door of becoming a military power once more.

Regardless of how much international attention Koizumi has brought upon Japan’s military involvement in recent months, he will be leaving office next month. The entirety of the self-defense force is now safely back within Japanese territory, and Koizumi’s visits to Yasukuni, whether appropriate or not for a man in his position, cannot change international policy within his last month of office.

And this has not been the best week for Japan to shy away from military action. Just this Wednesday a Japanese fisherman was shot and killed north of Hokkaido in disputed waters between Japan and Russia. After the Russian border patrol had made the shot, the boat was then seized and confisicated by the Russian government. Both countries have a claim to this territory. The Japanese refer to the islands north of Hokkaido as the Northern Territories, whereas Russia prefers the name Southern Kuriles. In any case, disputes over this island chain has been one of the longstanding reasons why there has been no peace treaty between Japan and Russia since WWII.

Send me your thoughts, your dreams, your wishes.