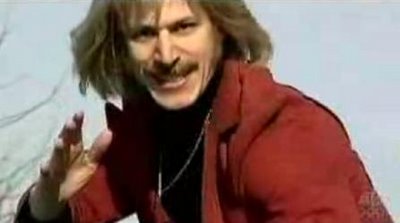 Young Chuck Norris – this is my tribute to you. I have seen some notable behavior this week that would definitely be of interest to future teachers. No, I’m sorry, there are no Kancho stories from my school, and even though I’d like to lie about that and get more readers, I think I’ll stick to the truth, and see how that works out. Although I tip my hat to the writer of “I am a Japanese School Teacher.” That journal was one I reviewed every day before I came to Japan.

My kids love to fight. Not play flight, not roughing around – fight fight. Even the girls. Just this week I was talking to a parent in the lobby after completing one lesson, when I suddenly feel a rather sharp and deep pain in my leg. One girl had taken the opportunity to punch my shin straight-on. Ouch. What do you do in that situation? We’re talking about a 7-year-old girl… uhhh… she does bite, though… should I hit back? Of course not. Chuck Norris would have been proud, though – a perfect follow through punch, right to a pressure point. I hear he signs up for beginning karate just to scare those kids.

Decency won out this week, but I don’t know if it’ll keep up in the future. The kids are so small I never see them coming. Even if they’re not sneaky about it, they still hit hard. During class today one of my kids dropped his pencil, and when he went down to get it, he delivered a solid blow to my knee. Luckily he’s not as strong as that girl, but still.

Now, I might just attribute this to cultural differences, ways of raising children, exposure to violence, etc… But I also taught an adult class this week about using karate on a JR train to fight off chikans (molesters). I know that’s a legitimate reason, but the whole lesson was nothing except using karate to hit people.

What’s the first thing an American thinks of when someone mentions Japan? Karate, sushi, Samurai, Godzilla, take your pick. Hollywood’s given everyone, including myself, such a distorted view of the world it’s hard to know where preconception ends and reality begins. Believe what you may, but misconceptions from Karate Kid and The Last Samurai fill our heads with truthiness more often than real information about the country.

Now don’t get me wrong, Japan is not like the movies – it’s hard and real. People don’t just idly practice karate in the middle of the streets (although parks are another story). In fact, due to tatamae, the whole country is pretty quiet. It’s not considered proper to run, shout, even talk loudly in public, for fear of drawing attention to yourself. It’s a completely different mindset – the average American wants to stand out in a crowd, be noticed, be an individual… the Japanese value conformity, blending with the masses.

Is this really engrained in the minds of the Japanese? Violent children? I don’t remember being like that – not because I don’t remember, I simply wasn’t a punching, kicking, or biting kid. Whatever the reason, my knee still hurts.

Today is the 61st anniversary of the bombing of Hiroshima. The city has two ceremonies to honor the event – the clock stopping, at precisely 8:15 AM; during the morning ceremony the clock will be stopped at 8:15 to symbolize the exact moment the city was leveled. Second, the lantern ceremony – paper bags filled with candles and flame are scattered symbolically around the river near Peace Park and the A-Bomb Dome. If you’re in Hiroshima, come see it from 8-9 PM. On that serious note, I’ll sign off for today, and leave you with your thoughts…

In the meantime, I earn that I eat, get that I wear, owe no man hate, envy no man’s happiness, glad of other men’s good, content with my harm. Be a true laborer while you’re here, and you will earn their respect.