A total of 29,549 videos were deleted from video streaming site YouTube following a request from copyright-related rights organizations, NHK and other broadcasters, the Japanese Society for Rights of Authors, Composers and Publishers (JASRAC) said…

And this isn’t just limited to Japanese broadcasts. Already I’ve noticed my favorite episodes of The Colbert Report and The Daily Show being stripped out of existence by the YouTubians. Why is this illegal, you ask? We’ve all seen the FBI caption that displays before any movie: “under penalty of law, this video cannot be reproduced for commerical intent… etc, etc.” Naturally the laws have evolved to include internet phenomena, but how?

Is this “commercial intent” to YouTube users? Certainly there is to the company itself. Copyrighted material is seen for free, boosting the hit count, which is the basis for all of the online video sharing site’s profit: advertising. But what about for the users? Are we benefiting from financially from this material? Other than not having to buy or rent the DVD, I would say not…

YouTube has complied with requests to remove material in the past, under US law, but this is the first “en masse” deletion of so many videos – the end of YouTube? Will people continue to spent hours uploading videos only to have them deleted by a properly motivated screener in a matter of minutes? Time will tell.

I just loved this “Politics and YouTube” story on CNN. I’d be surprised if YouTube hasn’t played a large role amongst candidates before. We’ve got individuals sharing their opinions on weblogs, rogue cameramen broadcasting amateur video on YouTube… I thought the world couldn’t possibly get more interconnected, but then we forget about giving the everyman unlimited control and access. It was only a matter of time. 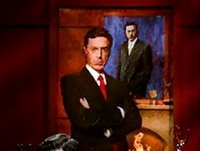 Speaking of YouTube, I happened to download Steven Colbert’s October 17th interview with Richard Dawkins. The most curious reference from my favorite writer of truthiness…

(Discussion about intelligent design)
“I know a pachinko machine isn’t an accident either. There’s a reason why it bounces from nail to nail, but it looks random to me right?”
“Nothing in nature looks random.”
“I want you to address my pachinko analogy.”
“I’ve never even heard of it. What is that?”
“Never heard of pachinko?”
“No.”
“Oh, it’s like Japanese pinball.”
“OK.”
“It’s great, they make pornographic versions of it over there.”

Finally, someone who understands. If only we could distribute pachinko to the rest of the world, so we could enlighten everyone on the hidden dangers and have them banish the cruel machines from every last desolate place on Earth. See the full interview

Raise your glasses to Robert Cheruiyot, my favorite Kenyan runner who won the Chicago Marathon on Sunday, despite hitting his head at the finish line. This guy has competed in almost every major marathon across the world. He was the winner when I ran Boston, finishing in two hours, seven minutes, and fourteen seconds.

Why go to Texas? Ice cream. Blue Bell ice cream. Fresh from the vats in Brenham