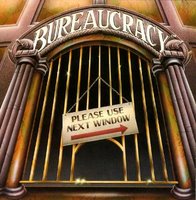 Coming to you live a mere six hundred fifty kilometers from one of the most international cities in the world, Tokyo… Welcome. I knew you’d be back. And I know we both missed each other, but we’ve got to put aside our personal feelings and focus… on Japan. Tonight – the Japanese bureaucracy. Legendary in this modern age, even deserving of a fairy tale if it wouldn’t be so boring (and of course it would – but hey, puts the kids to sleep).

Employing over a million people across the country, the bureaucracy or even the bureaucratic mindset is something you’re going to have to come across eventually if you come to Japan. What’s even worse, if you happen to know a little Kanji and are slightly fluent in the language, you might find this knowledge useless when dealing with the government. Hey, we’ve all been there – after all, did you really understand every word on every piece of paperwork you’ve ever signed? And are you completely familiar with all the procedures you need to go through to get a driver’s license, pay bills in a new place, register your car, etc? No one could be completely confident.

So, in that respect, Japan is roughly the same. You would still need to become familiar with these procedures, they just happen to be in a foreign country. I’ll break down some of the major obstacles with some rude generalizations… hey, they still inform.

Some eikaiwa actually restrict you from owning a car in Japan due to insurance liability (side note – you’re allowed to rent for a vacation). Even if your company doesn’t outright forbid this, it’s unlikely you’d be able to afford a car, let alone the insurance. But how can you drive as a foreigner? The International Driver’s License, which you can apply for from your native country’s government, or the Japanese Driver’s License, which requires more paperwork that one should ever have to experience in a lifetime, and I believe a training course. For either of these cases, though, it’s usually just not worth it. This is why Buddha invented the Shinkansen and all the local trains with Vishnu, the leading engineer at the time. I never was much good at history.

I’m proud to say I have never had to deal with this as of yet. Not to mention the corporate backlash I might have to endure if I call in sick. Long story short – Japanese doctors are incredibly specialized. A foot doctor, but not an ankle doctor, for example. Although there are general practitioners, it’s more common to make an appointment with one of these specialists. When you do try to make an appointment, you might find they’re only open two days a week, and are booked for the next month. And the medicine of choice, regardless of the affliction? Suppositories. Take this with a grain of salt. Still, my best advice for you: don’t get sick, and if you do get sick, avoid death.

Obviously there’s more information here than I can place in just one blog entry. I’ll narrow it down. To work for a year or more in Japan, you have to have a visa sponsor, which requires a financial burden on their part. As an eikaiwa employee, I really don’t know how difficult is it to find a sponsor if you’re interested in employment outside of the “big four” – GEOS, AEON, NOVA, JET. If you look on Gaijinpot, you’ll see that most employers, including gaishikei (foreign-owned businesses in Japan), require you to have a working visa already.

Most eikaiwas have you finish all the required paperwork in your native country and send you the visa by registered mail. But sometimes if you’re needed to work immediately, you can come into the country with a Working Holiday Visa (WHV – only for certain countries, varies) and wait for your company-sponsored working visa to be approved in Japan.

Complex words just won’t do it – I’ll have to resort to fragments and caveman English. Me find job. Me get certificate of eligibility (COE) three month before job. COE gets work visa. Ohhh, what visa me get? Big list. Bubba like Julie.

The visas are highly specialized given your employer’s requirements. I’ve always found these categories to be a bit curious, as I hold a “Specialist in Humanities/International Services” visa (typically given to translators and other non-classroom English teachers). I think the “Entertainer” visa even specifies if you’re going to be a hostess girl or not – I don’t know where they get their sponsors… not sure I want to know.

Bottom line – if you don’t have a job when you first arrive, get a WHV. If you have a visa sponsor, there are two options: one, they give you a one year visa, which is specifically tied to the company. Meaning, if you are fired or choose to resign, the visa gets revoked. Two, they give you a three year working visa which cannot be revoked – this is the reason most eikaiwa now only offer a one year visa to teachers. They realized foreigners were using them to get into the country with a valid visa, and then quit… not a bad idea, when you think about the hassle of getting another visa.

Besides getting these services installed, the billing process in Japan is incredibly simple. You receive bills by mail, and can pay them (without any reading or writing involved) at any store: 7-11, Lawson, the post office, etc. However, some cities require you to fill in your information for power bills, and I feel it is my duty to acquaint you with the Kanji to maintain your lifestyle – after all, how can you run a marathon if you’re too busy with paperwork?

フリガナ
“Furigana”, also known as hiragana. You usually see these characters just before you should write your name in katakana, not kanji or romanji.

When you’re listing your age in any official document, you’ll be asked for both your current age and your birthdate in the Japanese calendar. Unlike the western calendar, which is based entirely on the rise of a religious figure, the Japanese version is determined by the rise of a new emperor. Therefore, the “year” changes quite often. Right now we are in the 18th year of the rule of Heisei, so the date would be 18-10-05. Before that, Showa controlled the monarchy for over sixty years. Familiarize yourself with the emperors, as most bureaucratic paperwork requires your to mark your birthday in terms of Showa (or Taisho if you’re older).

Point Card (common enough application) ポイント カード
I know there’s other necessary Kanji for bank account transfers and post office forms – will get back to you on those.

Lately I’ve been thinking. What’s the occasion, you ask? Well, not serious thinking. Besides knowing the language, there are a few things about communicating with a Japanese person you could never learn out of a textbook. One thing I’ve noted is the different guttural sounds. I hadn’t really thought about this when I came to the country, I just assumed “owww!”, “oh”, or “hmmm” were kind of universal noises one makes. But they are unique to English.

“eeeeee” – Sounds like a long, drawn-out “a”. Low pitch, usually low volume. This is commonly used to express surprise, like “wow!” or “really????”

“etoo” – Hard “o” sound at the end. The Japanese equivalent of “hmmmm”. A thinking, stuttering word.

We’re this much closer to “The Fly”

The Sake Matsuri is in two days – come out, and be merry. My travel plans this month include heading east and stopping at every station between Hiroshima and Okayama – Fukuyama, Onomichi, and Kurashiki. Maybe have a Texas Hold ‘Em game in Okayama before I stop by one of their few foreigner clubs: Red Moon. In the meantime, don’t let Mephistopheles steal your golden fiddle… after all, you’re the best that’s ever been. Sleep well, heroes.