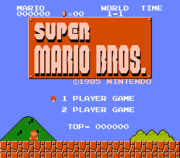 Let the memories turn to fire in your minds and burn there for all eternity. I remember the days. I remember being as I was, a young boy, knowing nothing of the affairs of the world, laying there peaceful and content in my sheets, basked in my parents’ love and the security of my home. Rested, content, feeling only the softness of the mattress, the warmth of the blanket, and the certainty that all the material possessions you hold dear are within grasping distance. It’s a superficial existence to be a child, but it’s reality.

And I remember it like I remember all things. Time doesn’t separate these memories in my mind. I could just as easy wake up tomorrow morning on my Japanese futon and believe for a split second that I’m 8, 10, 15 years old again. Anyone can remember certain events, certain experiences they went through oh so long ago, but do you recall the feelings? Can you let your consciousness return to the mindset and perception that you used to have? Can you think simply, ignore the future, and forget all that has happened to make you the person you are today? I can. It’s neither a blessing nor a curse. In fact, I find it rather useful. Probably the reason why I admire and respect kids so much. As adults in the public world, we might see their behavior as cute or annoying, but I understand. I understand what drives a child to ask “why?”, do to the things he does for the reasons he believes are true.

And in my childhood, Japan was just as present in my thoughts as it is today. It’s a different world, of course, but the idea is the same. A fantasy world. A place that is deemed to be unreachable by my small human self, just because it’s so fantastic, it’s impossible to comprehend. That’s what I grew up with. Stories. The Legend of Zelda. A warrior in a neverending struggle against evil, brought right back to the beginning with just the push of a button. Living and loving, fighting and dying, at the hilt of a sword and the beauty of magical power. The one you respect beyond reason, the one you want to be. I believed that land existed. Hyrule. As Japan.

Of course, beyond these extreme feelings and instinctual feelings, there were other benefits. Friends. Playing together. Competition. Who can save the Princess from Bowser the fastest. Who can stop Dr. Wily. Who can find the entrance to the secret passage in the first castle to get the magic whistle. That’s how many of us met our childhood friends. Playing together late in the afternoon after school to remove all traces of math from our minds and just enjoy the moment. Talking about the previous gameplay in school the next day. Planning on another one on the weekend. Discussing strategies. Spurning those who didn’t understand. Complaining of Nintendoitis.

This is how our generation grew up. The first to enjoy the routine of playing with video game consoles. Of having enough entertainment every single day. I am clearly an extreme example of this, having invested more money and time than most, but this is how I got my first impressions of Japan. A country that can produce such marvels is, well… unthinkable.

All this stemmed from being reminded of younger days, as I am every day. I see it all the time. A giant cut-out of the title screen from the original Super Mario Bros, plastered over the wall at my local Sega World arcade parlor. Sitting on the bench opposite that display, I do feel peaceful, content… for a time.

But this is my life now. The real Japan. A fantasy, true, but I’ve lived here long enough to distort my childhood perceptions; not in a bad way, mind you, it’s just part of growing up. I am still a child at heart. I shouldn’t have let such a precious part of that heart be exposed to reality. Dreams are by nature intangible, insubstantial. Leave them be.

Let these spark something
The Wizard
Captain N
“Excussseee me, princess”
Do the Mario

Consider that the mental rambling of one in deep thought this evening. Still, it’s nice to remember those old thoughts I had of Japan when I was younger. The halloween party at Chinatown was excellent – highly recommended. Speaking of memories, I’ll leave you with a useful Japanese quote from a book I should probably read again: