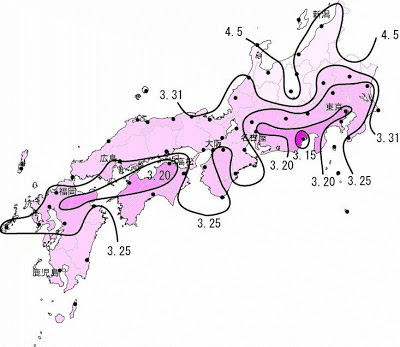 UPDATE: the Japan Meteorological Agency made a mistake. Look here for the correct prediction dates.

And the results are in…

Direct from the Japan Meteorological Agency, the sakura (cherry blossom) season in Japan will be as follows:

Please note that I believe these are the dates for the blossoming period, not the full bloom – for the most spectacular cherry blossom sights, visit them one week after these dates.