I’m sitting in the waiting room at the jetfoil port on Tanegashima (種子島). All I can think about is “had we but world enough, and time.” Coming to small islands like this one was a major appeal when deciding between Kagoshima and Tokyo – I’d enjoy it even more if I were visiting an island small enough to navigate in a day, to walk from shore to shore on a nearly deserted piece of land (incidentally, I will be doing that in the near future on Ioujima, population 120, I believe).

Tanegashima is rich in culture and history, but the major appeal for tourists by far would have to be its waves. Surfing the clear waters overlooking the sandy beaches. During the summer, I guarantee you can not go outside without at least catching a glimpse of a surfer on his way to catch the hide tide.

There are more beaches than I could count in three short days. If you’re staying near Nishinoomote City (西之表, northernmost city and major jetfoil port), there are two a 20-minute bus or car ride away.

Kanahama, to the south, is a great beach for catching the sunset. Although it’s right alongside the highway, the crashing waves overcome any sounds those primitive vehicles might make. If you are surfing or swimming, though, be on the lookout – parts of this beach are rather rocky and dangerous. There’s a perfectly clear section near the stone steps, but the better waves seem to be crashing against the rocks.

From Nishinoomote (西之表), take the southbound bus for the Tanegashima Space Center (TNSC, 種子島宇宙センタ). Stop at Takamatsu (高松) after about 20-25 minutes. Or, you could walk it in about 75 minutes – not recommended with a surfboard.

Speaking of which, Tanegashima is home to the Japan Aerospace Exploration Agency (JAXA) running the TNSC, located on the south side of the island. I swear, if I had known I could have been working at this branch, I would have pursued my degreed career a little further. Let me make this simple, because it’s not rocket science: this is paradise. Beautiful beaches, tall rock faces, huge waves (on one side, the other is good for families), snow cones, and if you happen to look back towards land, there’s a beautifully tended garden for your feasting eyes, though one that happens to have full-sized rockets scattered about.

If you do want to stay indoors, be sure to take advantage of the space museum (at the bus stop, free), or trek over to the control center (Mon-Fri, 8-5). Although you’re not allowed near any of the launch sites, there are two observation points giving you a clear view. Check the press releases for the launch schedule

Take the southbound bus all the way to the end, about 100-120 minutes from Nishinoomote. If you’re not staying in the area, be sure to catch the earliest bus to give you as much time as possible; the last bus going back leaves at 3:22 PM. Buses run about every two hours, beginning around 7 AM on weekdays and 9 AM on Saturday and Sunday.

The best beach for sightseeing and relaxing would have to be Urata on the northern coast. Unfortunately, I don’t believe any buses go there.

More info on the beaches of Tanegashima 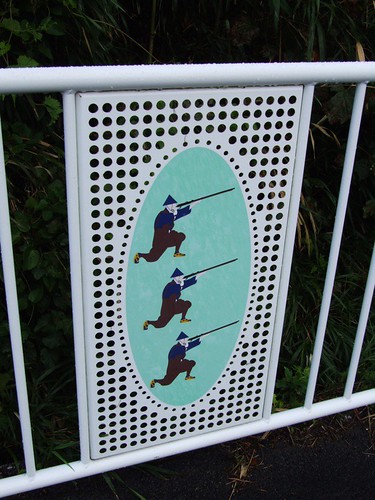 Tanegashima was the first place in Japan that was introduced to firearms. On August 25th, 1543, Portuguese merchants sold what was essentially a prototype to the Japanese on the small southern island. This design was soon replicated by Japanese metal workers and produced en masse.

When I first arrived in port, you could say I was a little startled to hear the sounds of rifles being fired less than 100 meters away. To commemorate the arrival of firearms in Japan (although I don’t exactly feel the introduction of machines of death is worthy), apparently men dressed as Portuguese soldiers reenact the demonstration of the weapons to the Japanese Lord on Tanegashima. There is also a “fire arm festival” held every August; this year, August 19th.

To see replicas and antique guns from the 16th century, be sure to visit the Tanegashima Development Center in Nishinoomote; only 420 yen to enter.

Miharuso
This ryokan may be a little old, but it’s very close to the port and a good northern location. There’s a rental store with surfboards just a minute’s walk east. Be sure to try the fried flying fish for dinner – a local specialty, as the fish only live on the island just west of Tanegashima.

Tanegashima Iwasaki Hotel
This hotel is way too expensive, and well worth it. Walking distance from the space center, and with its own private beach. Perfect.

Naturally, there are only three ways to get here – airplane, jetfoil, or swimming.

A notice: there are no vending machines on this ship and it moves too quickly to allow you to step outside.

Toppy operates its own jetfoils, albeit at a slightly higher price than Cosmo Line.
￥5,100 one-way, ￥9,600 roundtrip

– There are stray cats everywhere on this island. Reminded me a lot of being in Rome.
– In addition to cats, I don’t think I’ve heard the crickets in more abundance. Maybe, being on an island, there are fewer spiders than on the mainland, and the insect population can thrive.