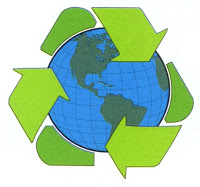 I remember my first days in Japan very clearly.

Although I had been informed about the rainy season, I didn’t really understand the implications. A little rain, so what? Yeah… The rain really wasn’t the big shocker though, as the first blast of heat and humidity just really overwhelmed me. Combine that with the right amount of jet lag, an inconsistent diet of bento and コーラー, a lumpy dorm room matress, and adjusting to a completely new culture, and you’ve got the ingredients for a downright unpleasant person; imagine every pore of your body screaming for dry air, relaxation, nourishment, and much more sleep… things that would only come with time.

Fortunately, karaoke nights and the right food eased the tension. Ahh… yes… the food. とんかつ in the station restaurant. An import store not far away, dispensing Dr. Pepper and chocolate pretzels.

And the cake shops. There must have been ten of them in Okayama Station (岡山駅), ripe for the plucking. I was still a little hesitant to shop for food in any place other than a convenience store at this point, as I was slowly picking up the phrases necessary to survive.

However, I needed a treat. Dinner had been delicious, but my stomach still believed it to be 6 AM in the US, and being awake at that time meant little else but a snack. Brimming more with hunger than confidence, I found my feet stumbling through the underground passage on the less-traveled side of the station, and walked up to the first glass enclosure I could find.

Chocolate. Strawberries. White cake. Cookies. Forget my stomach, my mouth needed this more. Ignoring a look of concern from the shopkeeper that I would later understand to be a rather common “foreigner alert” system, I pointed at one of the moist chocolate slices and proclaimed to the whole station “KORE O KUDASAI” (yes, それをください wasn’t quite in my vocabulary just yet).

However, despite the setback, she obviously knew what I wanted, and proceeded to make her first attempt to make things more awkward for both of us: she asked me a question. Big mistake. Big, big mistake. A sure way to drag things out for ten minutes. As neither of us could understand the other, she just had to guess from my responses of ”はい” and “いいえ” when I was going to eat this thing. The counters for minutes and hours were difficult.

Having made her own determination about my eating schedule after a pointless conversation, she unleashed her fury on the small black confectionary by trying to suffocate it: first came the plastic covering; then two disposable ice packs; a small plastic fork; a thin cardboard box; a paper bag, designed to fit perfectly over the carboard box; and finally, the coup de gras, a plastic bag with handles. All this for a slice of chocolate cake, half the size of one I’d expect back home for the same price. On top of that, I planned to eat it immediately. Waste upon waste upon waste.

In Japan, this is an all-too-common phenomenon. Although the Japanese are practical in many more aspects of life than I’d expect in America, there are always times to say “only in Japan”. I think this is one of them. Wrapping within a wrapping within a wrapping, whether you’re purchasing a slice of chocolate cake or a pair of socks.

However, despite these examples of wastefulness, this country is far above the grade in terms of recycling – trash is always sorted into three categories: burnable, non-burnable, and recyclable (with the exception of my current home, whose residents also have special bags for volcanic ash). Although you can find these sorted bins in homes, train stations, and shopping areas, just remember that there aren’t too many wastebaskets out on the street.

In terms of inorganic recycling, I think Japan sets a fine example.

But what of food…?

“Hamahara eats free fresh food — rice, fish, meat and vegetables. Because of strict Japanese hygiene laws, lunch boxes are discarded by convenience stores about 15 hours after they are prepared.”

Let me explain something about Japan: if conformity is valued, then freshness is nothing less than a virtue. Rarely will you find any meat, fish, vegetables, or fruit at a supermarket older than a day. Around closing time, food is marked down because they know few, if any, people will want to purchase such “spoiled goods”. Fish, in particular, should taste as though it were prepared ten minutes prior to consumption. In fact, if you find the right izakaya, you can eat live fish, watching the heart beat as you chew.

This may not be unique to Japan, but it’s still disturbing to think about… food capable of feeding millions being discarded around the world due to our rising standards. Whole Foods may offer recycled paper bags, organic foods, and energy-efficient products, but they’re just as bad as the next Japanese convenience store when it comes to sell things past their “prime”. Anyone remember that we used to salt and dry meat? Refrigeration is pretty recent. BBQ was invented as a means to eat old, but perfectly edible beef.

People like Hamahara and dumpster divers have taken advantage of an inherently flawed system, and are able to survive on nothing but contributions from bakeries, supermarkets, and convenience stores. Unfortunately, I don’t believe the world is likely to change in this regard anytime soon; if anything, food will be discarded more quickly as 3-hour-old pineapple seems to be “contaminated”, a slice of bread becomes “stale” in less than 10 minutes, and entire animals are shipped directly to the consumer to prevent browning of the meat.

This entry was written in support of Blog Action Day, October 15th.