I’ve strayed from my calling. Although I enjoy bringing interesting news stories to light and offering my take, I realize there are blogs better suited to such material – Japan Probe, for one.

Truth be told, I’ve just become somewhat accustomed to life in Japan that I take so many “foreign” concepts for granted. Right now, I’d like to step back and see things as you, the travelers, would first glimpse them upon arriving in Japan.

These are the stories from the city of Kagoshima on the southern tip of Kyushu.

A tradition going back hundreds, if not thousands, of years in Japanese culture is the art of bathing. I say art because the Japanese truly went above and beyond all the pragmatism behind bathing – keeping clean, healing the skin, preventing disease – to a place where there is only the soul and the water. The Yin and the Yin’s bath.

Well before the Romans were building marble bathhouses, the early inhabitants of Nippon were submerging themselves in waters fueled by the rage of nearby volanoes. At a time when Leonardo da Vinci was still able to invoke feelings from a variety of canvasses, neighborhood sento were up and running.

Sento, or Japanese bathhouses, are still rather commonplace in modern Japan, although they are starting to wane in response to the more popular themed bathhouses called “super sento” (how can a small neighborhood bath from the 60’s compare to new waterpark featuring champagne soaks, chocolate dips, and fountains of tea?)

In Tokyo, the number of sento is holding (for the moment, anyway) at about one thousand. Kagoshima, however, hasn’t quite seen quite such a dwindling effect on its bathing culture. I believe this is due to two reasons:

1. Kagoshima, as the biggest southernmost city of mainland Japan, is generally cut off from the steady flow of tourists who stick to Kyoto and Tokyo. Although the city is rich in culture and still draws in travelers, there hasn’t exactly been a great deal of pressure to develop big waterpark attractions like super sento. The residents stick to what’s comfortable, and the tourists enjoy the familiarity of the simple bath.

2. Although there are bathhouses around every corner of every street as one would expect in a typical Japanese city, the ones in Kagoshima are unique. Being in such close proximity to the volcano Sakurajima, it doesn’t require much effort to remove the hot spring water from beneath the earth’s surface. As a result, although they have the appearance of common sento, tbe bathing facilities are onsen. Natural hot spring water in a sento wrapping. Granted, there are still plenty of luxury onsen baths like those in nearby Beppu, but I have yet to see a city in Japan with such an abundance of bathhouses fueled by onsen water.

A Few Onsen in Kagoshima

Features
This onsen, strangely enough, allows patrons to swim in the largest pool. Men’s and women’s baths do not switch.

Features
At that price, you’d expect quality. You get it. This is one of the nicest onsen in the city, with a great view of Sakurajima. Like Tanayu Onsen in the Suginoi Palace Hotel in Beppu, this is a luxury onsen providing all the soaps, yukata, towels, and a relaxation area with massage chairs.

Access
From Kagoshimachuo take the bus from platform 2 heading towards Kami Kedana (上化棚) or the Yoshida Interchange (吉田インター). Stop at Shuujikujoumae. Follow the signs west.

Features
To escape from the smaller baths in the city be sure to travel to the Yoshino (吉野) and Yoshida (吉田) areas. Yoshino Onsen features a faux rotemburo (outdoor bath style, indoors), and a huge pool with water jets and massage-jet stone chairs. Men’s and women’s sides change daily. Closed the 2nd and 4th Wednesdays.

Features
An onsen ryokan (Japanese-style hotel) in the heart of Kagoshima city. 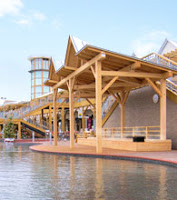 Features
A great foot onsen in the middle of Dolphin Port (ドルフィンポート), a collection of restaurants and shops near the ferry departure terminals.