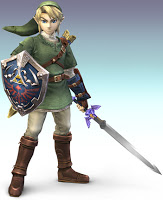 In his last published work (after his death in 1993), Alan Booth is once again on the ball in observations of Japanese culture and his very folksy style of writing.

“I trampled out of picturesque Ogimachi unable to make up my mind for certain whether Japan’s signposted fossil culture disappointed and infuriated me or whether I should simply be grateful that the Noh and gasshozukuri villages had not vanished altogether. Was it better for an art to die and be decently buried or to die and be pickled in formaldehyde? The latter was definitely more profitable, I thought; the bin-zasara sold to tourists cost as much as five large dinners.”

This debate has been raging longer than Booth and his travels. Which would you prefer, to fly eight thousand miles away and land in a city not too different from your point of origin? Or would you like it if the locals purposefully revived ancient traditions, superficially for the sake of tourism?

“In the West a hero is presented to a young mind in the hope that he or she will inspire imitation. Japanese heroes, on the other hand, are meant to be admired from as safe and uninvolving a distance as possible. The question of imitating them, if it arose, would likely be laughed at. This is as true of the heroes of popular fiction as it is of historical figures. Take Kuruma Torajiro, or “Tora-san,” the hero of the longest-running film series in the history any nation’s cinema. Tora-san has a heart of gold, a nature so guileless and charitable that one comes away from every episode wishing one’s children, one’s relatives, one’s friends, one’s colleagues at work were blessed with half such a heart. But Tora-san is a bumbler, a dreamer, a loser, a man by circumstance and temperament estranged from his family, lacking education, lacking foresight, lacking material prospects or the remotest chance of achieving a settled life, completely incapable of understanding or occupying a place in what we like to call normal society. This is the source of his comedy and nine-tenths of the reason why audiences love him. But to wish such a plight on our children, relatives, friends, and colleagues – or on ourselves – would be tantamount to idiocy. Yes, we admire Torajiro. But should we strive to be like him? Don’t be ridiculous!

You could take most of the heroes of Japanese popular culture one after the other and show how their creators have sought to ensure that admiration and sympathy do not result in emulation. Often they incorporate into the hero’s life some form of disability or anguish. We might wish we possessed Zatoichi’s skill with a sword but that would hardly compensate for us being blind. We might envy the famous T.V. samurai Kogarashi Monjiro his courage, but to be that friendless, that rootless, that shunned – no thanks. And a similar attitude exists towards many of the real-life figures who attain hero status. Indeed, it often seems as though they are selected for their status precisely because they represent everything that Japanese society teaches its members to avoid. They are not models; they are cautionary examples, and sometimes they are scapegoats. In a conformist nation, they are misfits and sore thumbs; among a materialistic people they pursue impossible dreams.

This is as true of modern heroes like Uemura Naomi – who, in his solitary conquests of some of the world’s highest mountains or his trek across Greenland with no company but huskies, was as unlikely a scion of “group-oriented,” “consensus” society as one could ever hope to meet – as it is of older heroes like Saigo. Lead an armed rebellion for half a year and then flee up and down mountains for sixteen days with swollen testicles? Not likely! Spend the best years of your life in the jungles of America and Africa, surrounded by monkeys and foreigners, dying of fever, scribbling in French, and swallowing the bitter pill of patience? You’ve got to be joking!”

This one I found particularly on the spot, even if the creators of the show “Heroes” happened to disagree by having Hiro Nakamura idolize Kensei Takezo (although, in fairness to Kensei, history simply forgot him being a foreigner and a drunk).

The question remains… how does Link from The Legend of Zelda not merit emulation?

Looking for the Lost, Alan Booth