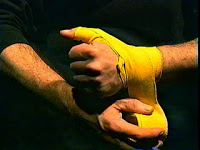 Honestly, if I could have picked any fracture I would have seen myself getting, it would have been a stress fracture of the leg. Long distance runners, even veterans, have to deal with such inconveniences when training or racing. Stress fractures, unlike sudden impact fractures, build up over time, with small repetitive loads (i.e. running over concrete for miles and miles). Even if your bones are perfectly strong, your muscles may wear out with excessive strain; when the muscles are tired, they tend not to cushion the forces caused by pounding the pavement, and thus the bones receive an unwelcome burden. This is why no runner should ever increase his mileage by more than 10% weekly

In the meantime, however, I’m learning a lot about the medical procedures in Japan, rehabilitation, and proper nutrition – no fractures heal well when the body subjects itself to too much alcohol, caffeine, nicotine, and excess sugar, red meat, salt, etc. In addition, you should try to avoid over-the-counter painkillers like Advil and Tylenol, as these contain anti-inflammatories that makes it particularly difficult for the bones to reattach in the early stages of fracture healing.

Depending on your doctor’s advice, you can begin rehab six weeks after the injury (when the arm has been casted and the cast removed), or 1-2 weeks following surgery (when the splint is removed). Thereupon you can start gentle ROM (range of motion) exercises only: no weight bearing and nothing that causes extreme pain or strain. My wrist joint is still swollen and tight from lack of movement and the invasive surgical procedure, so I wouldn’t dream of doing anything to jeopardize future use of the wrist. When doing exercises, be sure to ice and heat up the wrist in varying stages; some physical therapists suggest alternately dunking the hand in warm and cold water baths, others say to stick with ice. There are even some scar massage techniques orthopedic surgeons suggest you practice 3-4 times daily to prevent the scars from tightening the skin and restricting motion.

(1-2 weeks following surgery, you should probably focus on the first three exercises)

If you’re seeking treatment in Japan, be aware that the Momma Orthopedic Clinic listed on the US Embassy website for medical resources in Tokyo is out of business. However, there is another English-speaking orthopedic surgeon in Shinjuku-ku:

Finally tonight, I issue a challenge to New York’s own Stephen Colbert, a man who has never by comparison known what wrist pain is. While he was faced with a small chip off the bone due to a slip dancing to Beyoncé music, I had to deal with this:

I found this scar staring at me:

Stephen Colbert, I make this challenge to you: a wrist-off. I propose that my left wrist, even lacking the strength endued by marathon running and consistent weight training, is stronger than both of your wrists combined. Let the line be drawn in the sand on the shores of my city of Kagoshima. If you don’t accept my challenge and face me, you’re a coward*.

* I personally have the highest respect for Stephen Colbert and think he’s one of the funniest people on the planet. But, I have to do something with my time when I can’t run.