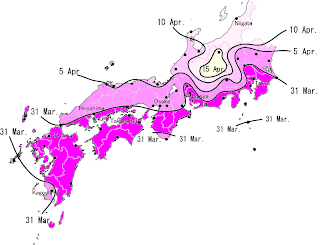 The results from the Japan Meteorological Agency are in, and will be updated every week until the season is over.