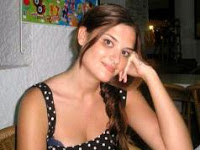 For foreign residents of Japan, things seem simpler. We know. We can handle ordering food with kanji menus. We can speak to the locals. We describe our destinations to a cabbie or train attendant. Even when minor inconveniences occur for which we are unprepared, we cope and learn for the future.

Take that knowledge of residency away. You don’t understand Japan. You know nothing about the people. The language remains a mystery. The country oh so far away. An island nation nothing like yours.

We know it’s ok to live here. Others don’t necessarily, and have few reasons to think otherwise when certain events occur…

How can a family handle losing a loved one abroad? A murder, no less.

Lindsay Ann Hawker moved to Japan in October 2006 to teach English at the Koiwa branch of Nova, Japan’s largest private English conversation school. She was reported missing on Monday March 26, 2007 by her employers after she failed to answer her mobile phone when her flatmate called.

After being alerted to her disappearance, police visited the apartment of 28-year old Tatsuya Ichihashi, in Ichikawa, just east of Tokyo. Despite the police presence, Ichihashi escaped the scene. After he had fled, police found a backpack containing two days’ underwear and the suspect’s shoes. His socks had been cast aside a few hundred metres from his home. Police dogs lost his scent soon after, suggesting that he had escaped in a taxi. A warrant was issued, but the suspect has not yet been apprehended, and there is a growing belief that Ishihashi may have already committed suicide, though there have been no statements from police.

Hawker’s naked body was found buried in a sand-filled bathtub on the apartment’s balcony. She had severe injuries to her face and arms, and her possessions were strewn across the room.
Source:http://en.wikipedia.org/wiki/Lindsay_Hawker

It’s been a year. Tatsuya Ichihashi remains at large:

Although the Hawker family has been coordinating with the Japanese police from Britain, they are still unsatisfied with the outcome of Lindsay’s case (rightly so, as Ichihashi has been on the lam for a year), and are returning to Tokyo this week for three days to raise more public awareness and hopefully find some kind of peace they haven’t been able to reach for twelve months.

Lisa Hawker (26), Louise Hawker (23), and Mr. and Mrs. Bill and Julia Hawker need your eyes and ears, for they really are at the mercy of Japanese authorities and interpreters. I can only imagine trying to deal with a situation like this in a foreign country.