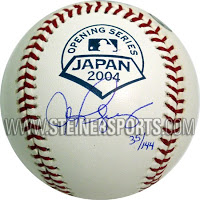 Horner assured reporters that this was normal for him… he would just go to the park, put on his uniform, and wait for the game to begin. Better to save your energy for actual play, he explained.

Many Japanese were horrified to hear this. To them, pregame practice was as much a part of playing baseball as the game itself. To some people, it was more important. A good hard workout every day was considered imperative in order to show the fans, the press, and the opposition that the team was full of fight and ready to play ball. Besides, constant practice was a must if you really wanted to become good. The more you worked the better you got. Everyone knew that.

The Japanese were perfectionists and it was their belief that with constant work and an indefatigable will, one could accomplish anything: overcome injury and pain, defeat a more powerful foe in battle, win the batting title, or whatever. Indeed, the emphasis on “making the effort” was so strong in Japan that how hard a man tried was considered by many to be the ultimate measure of his worth. Results were almost secondary.

You Gotta Have Wa, Robert Whiting
– a great book about Japanese baseball, and the experiences of American players joining Japanese franchises