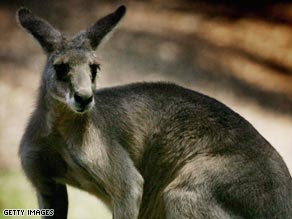 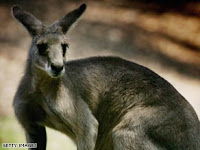 MELBOURNE, Australia (AP) — An ambulance official says a jogger has been taken to hospital after he was attacked by a kangaroo on the outskirts of Australia’s second largest city.

Metropolitan Ambulance Service spokeswoman Christine Paterson says the man, aged in his 50s, was attacked Monday as he apparently ran between a male and female kangaroo near his home at an outer suburb of Melbourne.

She says the victim ran to a nearby house and telephoned for help while the kangaroo hopped away.

Paterson says he was taken by ambulance to a hospital in a stable condition with a gash on his head and minor claw scratches to his chest, arms and hands.

A Royal Melbourne Hospital spokeswoman was not immediately available for comment on the man’s condition.