I’m on fire… a somewhat appropriate expression when my articles come out in bulk. Check this one out:

Japan’s Obsession With Fire: 6 Things You Don’t Want To Miss

I cannot escape. Apparently the University of Texas at Austin’s advanced Japanese class has taken it upon themselves to produce a detailed guide to Austin in 日本語. Good stuff.

– Asahi Imports on Burnet Road is run by a family from Okinawa (who speak perfect English) and actually has quite the selection from Japanese supermarkets. The same small bottle of ocha, $3.19. 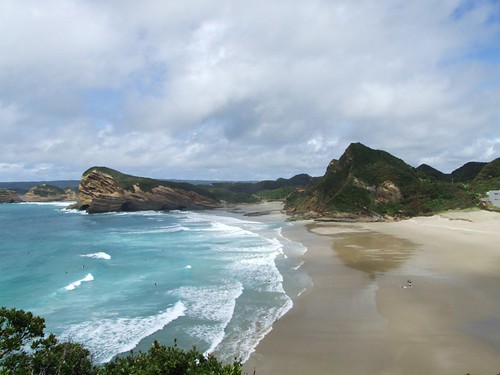 Not my final entry, but rather the only title I could think of concerning an article on the southern islands of Kagoshima-ken… maybe “From Shima To Jima”? In either case, the article is up and running on Matador Trips

I wish they had chosen my island pictures, though… the ones on there aren’t even from Kagoshima-ken.

I’m in the process of getting all my online work up to date, as I’ve only really been writing for Matador Travel lately. My summation on my experience in Japan is turning out to be remarkably similar to Alex Kerr’s Dogs and Demons: The Fall of Modern Japan… curse you Alex, for noticing the same things I do, albeit before I even arrived in Japan. Great book that I would recommend you read after spending some time in Nippon; it might not be believable otherwise.

Some more of my photos from Thailand are up.

There are monks on Mount Hiei whose meditation exercise consists of running, running all through the night, in any weather, running until the mind itself is empty of any awareness. Perhaps I have been running the whole time I have been in Japan, perhaps I run only when I run. But in some way I sense a kinship with the monks of Hiei. In daily life, running is both my means of exuding awareness and enhancing awareness, and I now know that this is no contradiction.

I’m beat to the punch, in the sense that someone has already written a book about the philosophy of running a marathon in Japan and running marathons across all seven continents, and, not only that, but an entire sect of Buddhism has been in existence since AD 788 advocating running as a way of achieving enlightenment.

Mount Hiei (比叡山) is just outside Kyoto. To learn more about the running philosophy of these monks, I’d recommend The Marathon Monks of Mount Hiei, by John Stevens.

The subtitle is actually the title I chose for this Brave New Traveler article, but I still think it turned out pretty well. Let me know what you heroes think:

Why Sex Is The First Real Connection In Foreign Relationships

I had been looking for this video for some time – a crazy mix of Texas and Japanese culture. Let’s explore some of the themes here that Hank and Junichiro are able to show us. If some of you are unfamiliar, King of The Hill is a cartoon comedy set in Arlen, Texas.

The Gaijin Smash – when a foreigner is faced with some of the more common tenets of Japanese bureaucracy, he or she often feels like there is no other choice but to suddenly and forcibly exert his or her culture on the situation: Gaijin Smash!. Effective, but not exactly cordial.

The Effectiveness of “The Japanese Way” – “Excuse the interruption, but we are looking for a man with no shins. Please favor me with your help.” Indeed.

The Impressed Foreigner – Beer in the vending machines, the speed of the shinkansen: “Can’t this thing go any faster? (Reads 186 mph on the digital readout)… huh!”, not opening the screen door to the main room… classic

Japanese Girls – even considering the age of the one girl interested in Bobby, I’ve seen others in their 20’s use the same approach. One word: “dansu!”, followed by giggling at your foreign mannerisms and appearance. It’s all too common.

Please favor me with your opinions.

After a successful attempt with this in Austin, Texas, I would like to offer my services to the international (ergo, online) community.

The AEON Corporation will soon be conducting a series of interviews across the United States, recruiting young Americans to come to Japan and teach English. Although I do highly recommend you do your own research on this from start to finish, I would be willing to assist you through the interview process in exchange for some kind of compensation, entirely dependent on the results – you don’t get the job, you don’t pay a cent.

Feel free to browse my Truth About AEON blogs as a testament to my experience. Granted, some of the information is dated (insurance, for one), but the contracts and the working environment are still basically the same and a mystery to those starting out in their abroad experience.

Need help deciding if you should apply to AEON? What should you do for the group interview? How will you prepare for the 1-on-1 interview? Email me and we’ll discuss it. Cheers.

All I see to be doing lately is linking to other people’s stories, but I can’t help it… been focusing my energy on other travel articles rather than the blog. Sad, I know. I’m no longer the Japanese insider, but I can still help with questions and concerns about living in Japan.

In the meantime, another Japan travel story (by me) on Matador Trips:

MELBOURNE, Australia (AP) — An ambulance official says a jogger has been taken to hospital after he was attacked by a kangaroo on the outskirts of Australia’s second largest city.

Metropolitan Ambulance Service spokeswoman Christine Paterson says the man, aged in his 50s, was attacked Monday as he apparently ran between a male and female kangaroo near his home at an outer suburb of Melbourne.

She says the victim ran to a nearby house and telephoned for help while the kangaroo hopped away.

Paterson says he was taken by ambulance to a hospital in a stable condition with a gash on his head and minor claw scratches to his chest, arms and hands.

A Royal Melbourne Hospital spokeswoman was not immediately available for comment on the man’s condition. 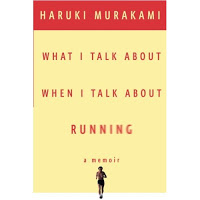 Apparently, in addition to Kafka on the Shore, Haruki Murakami is also quite the long distance runner, having completed 25 marathons and a few triathlons. Take a look at his book, What I Talk About When I Talk About Running, which is translated from the Japanese.