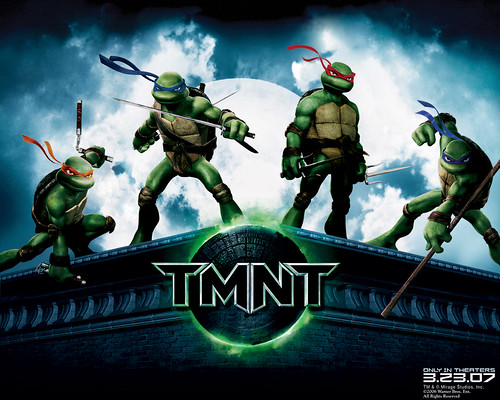 It was almost two years ago that I first blogged about where I thought my instincts about Japan had arisen. The search is ongoing, and what inspired me to write 5 Cartoons That Taught Us The Meaning Of Wanderlust. Although I have no doubt The Legend of Zelda played a significant roll in my Japanophilia, another contender has entered the ring: Teenage Mutant Ninja Turtles.

Ninjas were all the rage in 80’s, 90’s Hollywood movies, from TMNT, to 3 Ninjas, Beverly Hills Ninja, etc. In fact, I’d be willing to bet there’s more recognition with the word “ninja” than “samurai” among Americans.

In any case, anyone who grew up in the 80’s had to have woken up Saturday morning to catch the latest installment of four mutated turtles fighting for truth, justice… and to return an evil overlord to his native Dimension X. The theme remains the same for all ten seasons: no matter what the odds against them, no matter what the firepower, these turtles will use their superior ninja skills to win and return to the sewer in time to catch the pizza delivery man.

Martial arts has always been a favorite for Hollywood directors to pervert; Japanese descendants of samurai must have been laughing their 尻 off. I may not have firsthand knowledge of what it’s like to be a ninja, but I do know this: ninja were not the honorable warriors TMNT portrays them. Ninja were secretive… assassins… the elite of the elite in terms of fighting techniques and slipping into the shadows… But to sell them as heroes, protectors of the innocent? I doubt it.

Another thread in the tapestry – I’ll have to watch some of those old episodes and see if they make any references to sushi or foreigners in Japan.