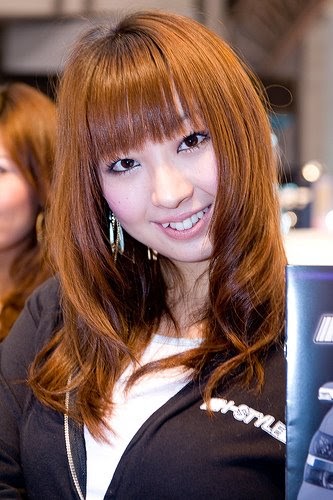 A Japanese girl sent me an email not too long ago asking if I would offer a foreigner’s perspective on this trend. Yaeba, 八重歯, literally meaning “double tooth”, occurs in many Japanese due to smaller jaw bones; instead of the front molars falling in line with the rest of the row, they tend to crown out, producing the look you see above.

Because this occurs in so many residents, Japanese tend to think of yaeba as cute, even desirable – TV personalities, models, even princesses have crooked teeth

My Japanese girlfriend had quite the pronounced yaeba, which I think gave her more of an innocent girl look. I don’t know, I guess regardless of the fact few Japanese have control over their teeth, the appeal goes hand-in-hand with Japanese men’s obsession with innocence. Maybe I’m wrong. Personally, I think it depends on the rest of her face, but could see it working for some.