That’s the title I’m going with, but this is more a forum on cultural sensitivity. As many Americans know, there’s a raging debate going on in New York City right now, being enflamed by upcoming elections. An Islamic Community Center is being proposed, located two blocks from the World Trade Center attacks. As it stands, people are arguing:

A. America is a country built on the value of freedom of religious expression. Telling a particular group they should just move out of the way for a past incident that isn’t necessarily indicative of their followers is bigoted, and narrow-minded.

B. Freedom of religion is one thing, but Muslims should have considered what effect such a building would have on residents of New York. It’s a question of sensitivity.

And, naturally, people are getting fired up on both sides, seeing things in black and white… but many are informed and just have an opinion on the subject. After all, these are people who were around the city during 9/11; they have a right to just feel a certain way, without even considering the Constitution.

As for myself, I don’t have a problem with this community center going up. Why?

1. It’s NOT a mosque. And even if it were, I wouldn’t have a problem with it.

2. I hate how some are assuming this center is going to a “staging point” for terrorist attacks in the US. That’s… well… stupid. I mean, really, really, really stupid. Mayor Michael Bloomberg said it best:

If you stand beside the former, you might as well assume a citizen of any nation residing in NYC in which Islam is practiced is plotting something. By the same token, you could make an argument for Jewish people in Williamsburg… black people in Harlem… I mean, is the mere presence of another culture (my apologies to implying that those in Williamsburg and Harlem are not part of American culture… just showing the hodgepodge that is New York) threatening to you? Why? Muslims have been and most likely will always be in New York City. I, for one, would choose to believe in the best in people, even if that belief isn’t warranted.

As with any divisive issue, the idiots are out in force (thanks to JP). With the controversy of a group supposedly responsible for a disaster being allowed to “build a monument to its success”, an analogy was made, that of building a Shinto Shrine at Pearl Harbor. A testament to the Japanese “victory”; they may not have won the war, but if they can have a religious shrine at the location where they dealt a striking blow to US forces… well… I’m not sure what the result will be.

Anyone who has spent any time in Japan can tell you they’ve probably never seen a nation more resolved to disassociate itself from its wartime actions (I also don’t think they’re teaching this too well to schoolchildren). Japan as a nationalistic society was probably never more gung ho than in the months leading up to August 6th, 1945. I believe they would have followed the Emperor’s orders without question, gladly fighting to the very last man. Regardless of how you feel the US handled August 6th and 9th, it’s more amazing just how the country was able to turn around following the Emperor’s radio announcement to surrender. All of a sudden, that wartime ambition vanished. Japan was no longer the center of the universe. The flag and writing were changed. US troops occupied the country for years. My point is, the Japanese weren’t seeking retribution or trying to create a stigma building a Shinto Shrine near Pearl Harbor; they had spent years humbled by the events of August 6th and 9th, and they definitely aren’t using it to stage an attack.

Second, some who use this analogy on the building of the Islamic community center don’t know what they’re talking about:

Yes, the Japanese are Buddhist. And Shinto. But a Shinto Shrine is not a Buddhist temple. If you’re going to use a flawed analogy, at least use it somewhat correctly, so it can be disproven on its lack of foundation alone… I think that makes sense. Well, at least do some fact checking. 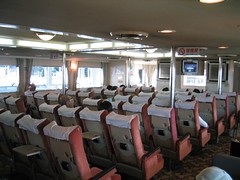 My plans to visit Japan over Chuseok holiday are underway. Best of all, thanks to my quick response to a ryokan owner, I will be able to stay in Nikko and Hakone with all expenses paid for two days.

So what’s the plan?

September 18th
Leave Bugu by bus and head to Busan (부산), the second largest city in Korea. Should take about five hours and 21,900 Won. Stay in the city for two days enjoying the sights and chilling with a Couchsurfer.

September 20th
Take the Beetle JR Kyushu Jet Ferry to Hakata. I can’t recall whether there’s a ¥3000 fee for a visa on arrival. Regardless, clearing customs and immigration shouldn’t be that difficult, and I’ve booked my favorite capsule hotel. I’m thinking late night ramen and partying in Tenjin.

September 21st
Shinkansen train all the way to Shizuoka. I have a Couchsurfer waiting.

September 22nd
Enjoy the hospitality of Ryokan Funamisou in Nikko in exchange for writing a review. Japanese food and hot springs… ahhh.

September 23rd
I have a similar arrangement with Ryokan Kiritani Hakoneso in Hakone.

September 25th
Return to Busan by ferry. Excursion to Japan is over.

There are several ferries running between Korea and Japan.

Beetle JR Kysuhu Ferry is probably your best option. Two hours, fifty-five minutes on a high speed jetfoil, and the price is reasonable. The only problem is… it’s a LOT cheaper to book this ferry in Korea; if you’re willing to take the risk that you might not get a return ticket, see if you can buy a one-way ticket out of Japan for ¥13,000, then book the return on the website Miraejet Co. It is difficult to navigate if you don’t read Korean, but the benefits far outweigh any inconvenience. If you book in Japan with JR Beetle, the fare is ¥26,000 (~304USD) roundtrip… though there are discounts available. In Korea, with an internet booking, the price is a mere 190,000 Won (~160USD), which must be paid in advance by credit card or bank account transfer; otherwise, it rises to 230,000 Won at the ticket office. 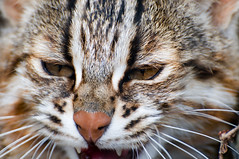 Tsushima is another option if you’re looking to island-hop. This one is situated precisely between Korea and Japan, and, like most Japanese islands… doesn’t have too much excitement. Still, if you’re looking for a good place to sea kayak, hike, or catch a glimpse of the rare Tsushima Leopard Cat, by all means, check it out. I’ll stop by before I end my Korean residency.

I realize I haven’t posted in… well, weeks, but very little Japan related has happened. Tomorrow I fly out to Bugu-ri, South Korea, for a year to teach English. I will post any and all experiences related to Japan.